Holography - what is it, why is it important and how is it used in AR Optics? 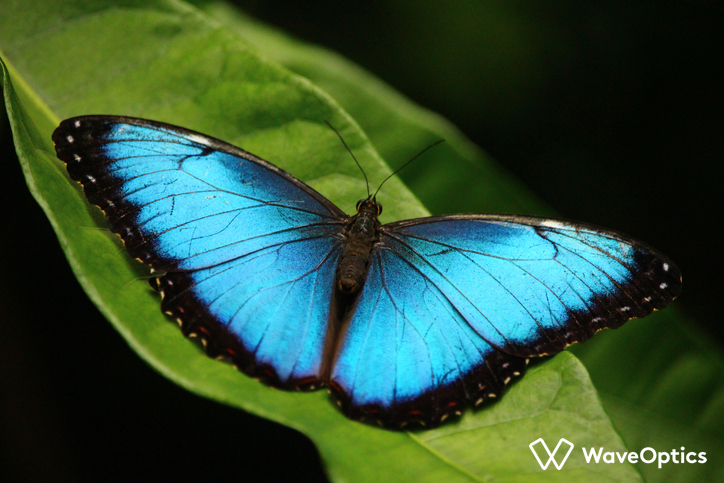 Holography – what is it, why is it important and how is it used in AR Optics?

We talked to our Chief Scientist, Salim Valera to understand more…..

We talked to our Chief Scientist, Salim Valera to understand more…..

Holography is the method of producing a 3D image of an object and has the highest resolution of any imaging.

It is recognised as being invented in the 1950s. However, what most people don’t realise is that nature beat us to it.

Imitation is the sincerest form of flattery – holography is no exception.

How are holograms used in augmented reality (AR)?

AR headsets, such as smart glasses, allow users to see digital images overlaid on top of the real world. 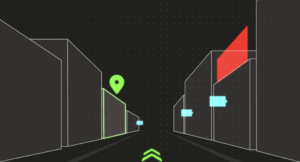 There are two key elements that allow these images to be seen – a light source such as a minute projector and a means of transferring the image from the projector into the user’s eyes.

The part we build is called a waveguide and it is what transfers the image from the projector to the eye – in essence, it guides the light.

So how are holograms helpful when building AR wearables?

Holograms are key to our technology as they allow the manipulation of light: controlling its flow and direction.

We use holographic techniques to create 2D pupil expansion. We use a small projector with a relatively small pupil. The holographic waveguide clones this pupil many times, allowing the eye to view the whole image from a number of different locations.

When would we have seen holography used outside of AR?

You would have seen holograms appear on credit cards for security purposes; they can also be used on any type of wave – radio, x-rays, acoustics.

There is a great deal of research  being carried out in optical computing, where information is carried and processed not by electrons but photons (a quantum of light). Holograms provide a convenient way to manipulate or ‘process’  light for this purpose.

Can you give us an example of when we might have thought something was a hologram when it wasn’t?

“Musion 3D Holograms” is a good example of ‘fauxlography’. It is actually based on the Pepper’s Ghost illusion, which dates back to the 1800s.

Pepper’s Ghost, although mistakenly described in some media as a hologram, is in fact an illusion based on low reflectivity mirrors. You may have seen it used in Haunted Mansion’s in amusement parks or carnivals to create the appearance of a ghost.

Another example is one you might find in an airport – quite often you will find what is claimed  to be a hologram of a human information guide – but this is just conventional 2D projection onto a shaped screen.

What do you find interesting about holography?

Holography is an unsung technology that enables a number of different applications.

Every 3D object produces a wavefront when lit. The wavefront contains information about the direction and intensities of the rays of light bouncing off the object – a hologram has the ability to capture and freeze a wavefront.

A holographic image preserves the intensity and direction of travel of light, and when properly lit, can reproduce a 3D image. A photograph, on the other hand, preserves only the intensity of light.

A 3D holographic image is captured when coherent light reflected off an object is made to interfere with a reference beam.

What is the biggest debate in holography to date?

But it may be best we save that discussion for another day! 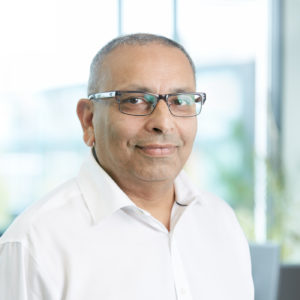 Salim Valera is Chief Scientist at WaveOptics. Salim has spent over 30 years as an optical designer, holographer and inventor. He has in depth experience of designing optical systems, notably Head Up Display (HUD) and Head Mounted Display (HMD) for the defence sector.